Reproduction of the pilot's badge of the Aeronautica Nazionale Repubblicana and introduced in 1944 to replace the 1935 model which until even in the first months of the Italian Social Republic was in use with the simple removal of the Savoy crown. Commissioned at the Stefano Johnson factories and ready for October 1944, depicting an eagle with spread wings in flight crossing a crown of oak leaves surmounted by the RSI gladius with "ITALY" relief on the guard. Once the patent was ready it did not have great success as for superstitious habits the pilot often did not part with his old patent. 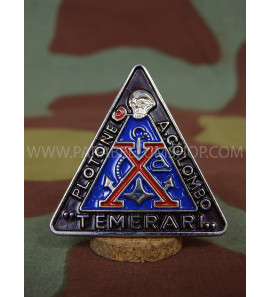 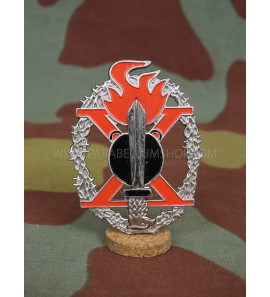 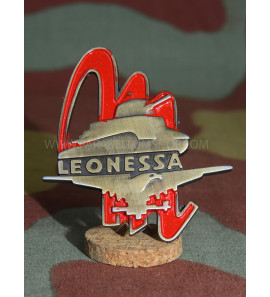 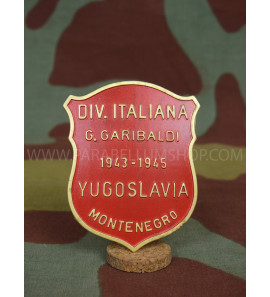 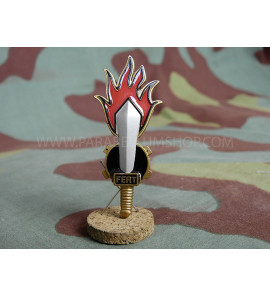