One of the characteristic weapons of the German Army during the Second World War, the Wehrmacht, the result of an evolution that dated back to earlier models accelerated with the rearmament. The MP 40 was a further simplification of the previous model the MP 38, preserving the mechanism but making it easier and cheaper to produce externally. The creator of the MP 40 and the predecessor MP38 is to be mentioned by Heinrich Vollmer and not as he is often called to Hugo Schmeisser who was only a weapon manufacturer.

After the start of the Second World War the MP40 was introduced to simplify the production of the MP 38, made by milling from a solid piece and with an aluminum alloy handle, and using cheaper materials. Made by using stamped and sheared sheets, an uncommon process, therefore suitable for large-scale production, with a butt-folding crutch under the barrel that was lined with bakelite or synthetic material. The barrel was provided with a protective support providing for the use of armored vehicles at the edge of the sides, making it particularly suitable for mechanized troops such as the newly formed Panzergrenadiere.

The MP 41 was nothing more than a variant of the MP40 designed by Louis Schmeisser for Haenel, which combined the upper bunk of an MP40 with the lower bunk of an MP 28 and finally a wooden gun-butter but with a selector of shot. The production was limited to a few thousand pieces due to complaint problems with the Erma Werke, having copied its MP40, and mainly for the superfluity of a weapon that was eventually more complex in the production of the MP40. The pieces produced were mainly used on the eastern front and in the Balkans by the Waffen-SS and the Police. 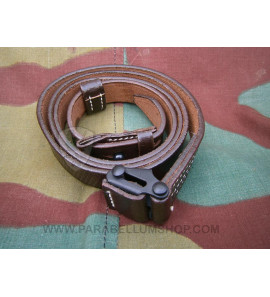 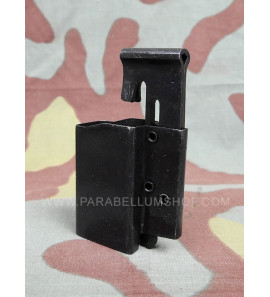 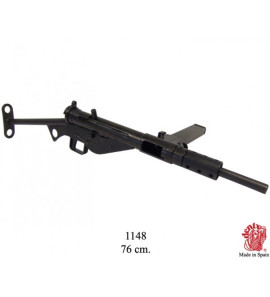