Reproduction of the German helmet model 1940, stahlhelm M40, whose appearance differed from the previous model, the M35, mainly due to the ventilation holes which no longer consist of two parts but only from the stamped hole. The M40 helmet was distributed and used by all the forces of the Wehrmacht, German WW2 Army, and personalized with its own emblem, the decal, and the color of the paint that for each corps would have had to differ between army, air force , marine or auxiliary forces. In the end, in practice, often the color of the shell was the same used by the army or by the Waffen SS for all other. The model had a further simplification with the introduction of the M42 which, in addition to keeping the ventilation hole printed, no longer had the beating of the edges and the weight was more contained. The '40 model was obviously still in use, abundantly available in stocks and still consistently visible until 1945.

With the start of the war it became immediately clear that the national emblems did not help the camouflage and in the 1940 was decided to eliminate it in production and remove it where present. In 1943 also the corps emblem was decided for its removal. On a practical and operational level it does not mean that the changes were systematically applied both at the production level and in the field, but as in every aspect of the evolution of the German uniform it was progressive and not homogeneous. 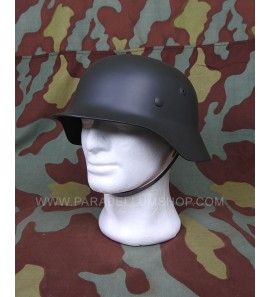 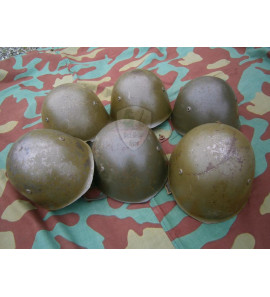 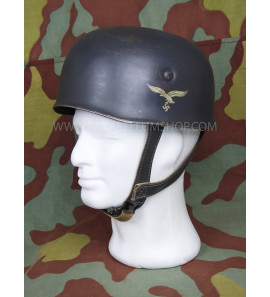 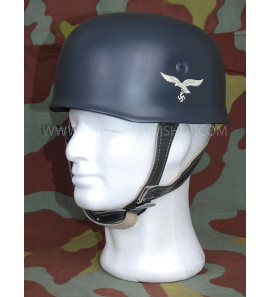 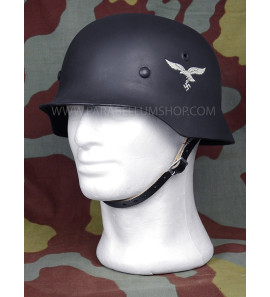 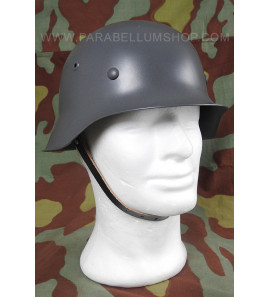